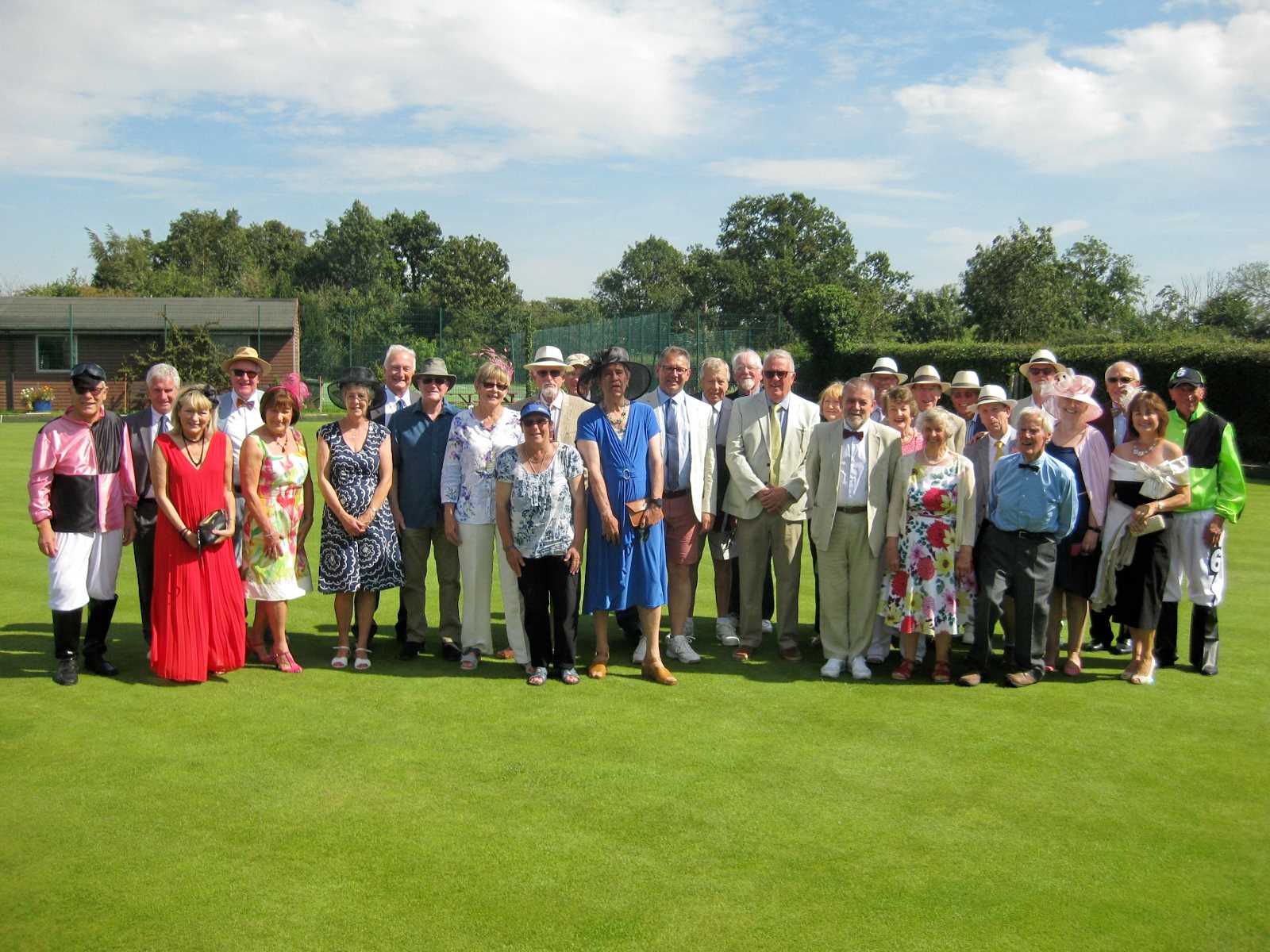 A Day at the Races

"A DAY AT THE RACES"

A great afternoon was enjoyed by all members present on Saturday 24 August at our annual Captain's Day, which is the one occasion each year when we really let our hair down.  This year the theme was "A Day at the Races", appropriate because it was the final day of the Ebor Meeting at York Racecourse, with everyone invited to dress for the occasion.

The afternoon began with a Spider Competition for a bottle of Prosecco, which was won by Ian Hodgson, followed by a lighthearted Triples Competition planned by our Captain, Rod Knight, and run on the day by Competitions Secretary, Gerry Tredgett,  Rod insisted, rather dubiously, that each bowler had to bowl one wood with the left hand (or the right hand for left-handed players)!  The winners of the Triples Competition were "Kate's Killers" Kate Radley, Nigel Tayor and Rod Knight himself, and the Runners-Up were "Will's Wanderers" Will Clarke, Ian Hodgson and Vic Turner.  The awards were presented by our President, Geoff Gardiner, now back on the road to recovery.

Dress was optional, but most members chose to participate, as can be seen from the photos.  The day was a resounding success and our thanks go to Rod Knight for organising the event and providing prizes, food and drink.  Thanks also to Gerry Tredgett for running the Competition on the day, even though he was unable to play.  Finally, thank you to our members for their enthusiastic participation in the event and for the provision of food for the delicious buffet and, not least, for helping set up and clear away. 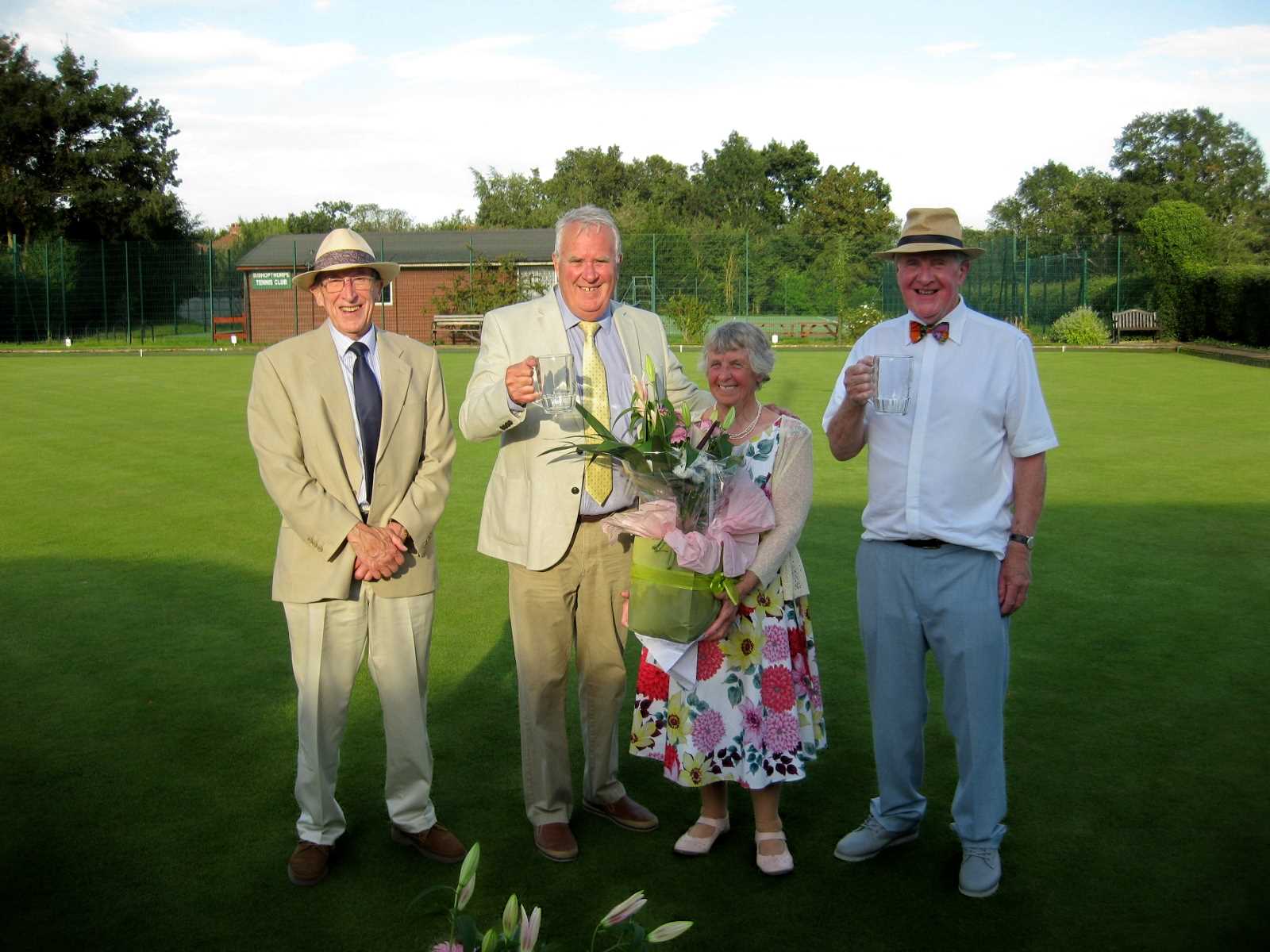 The Winners with our President 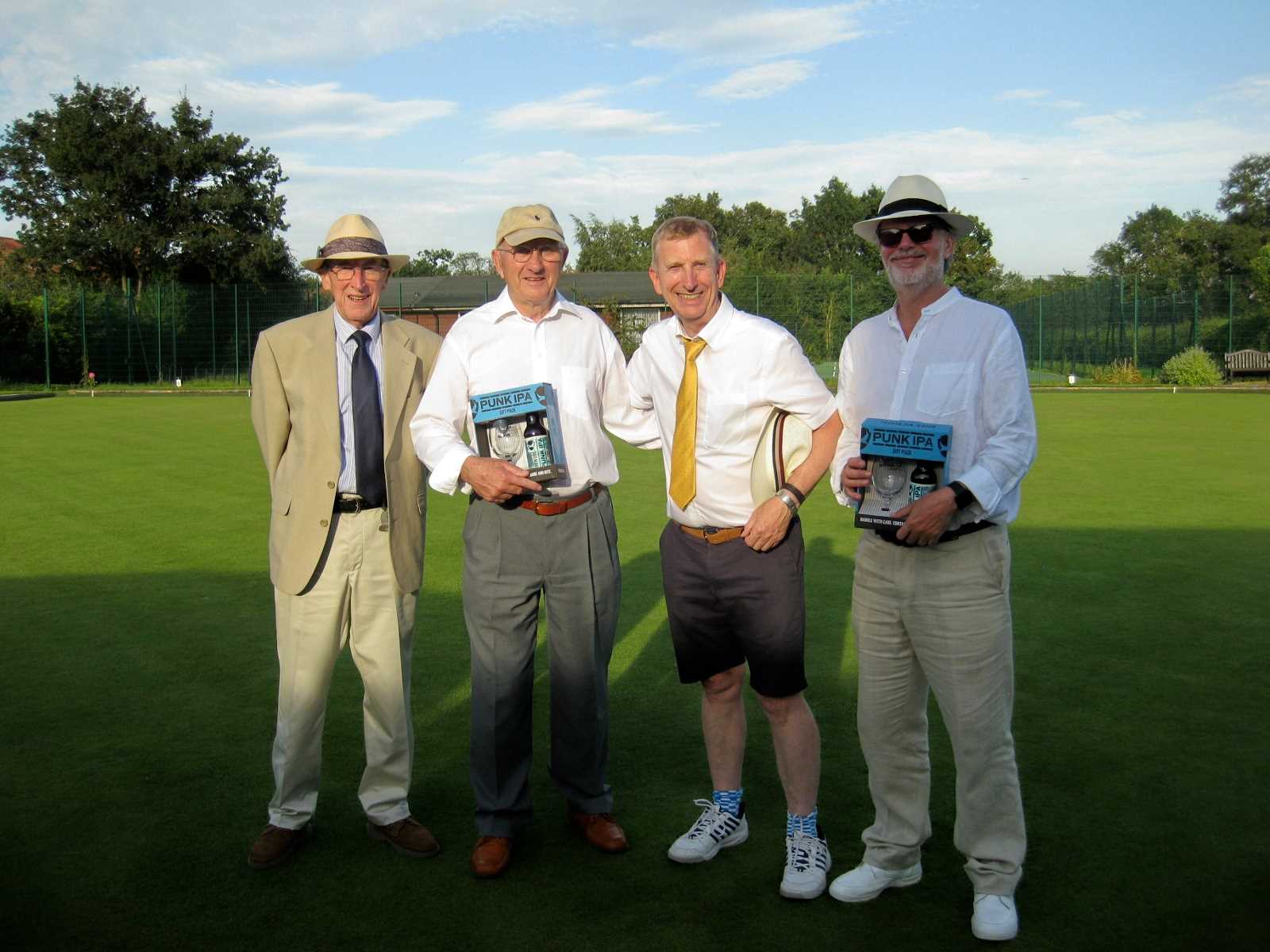 The Runners-Up with our President 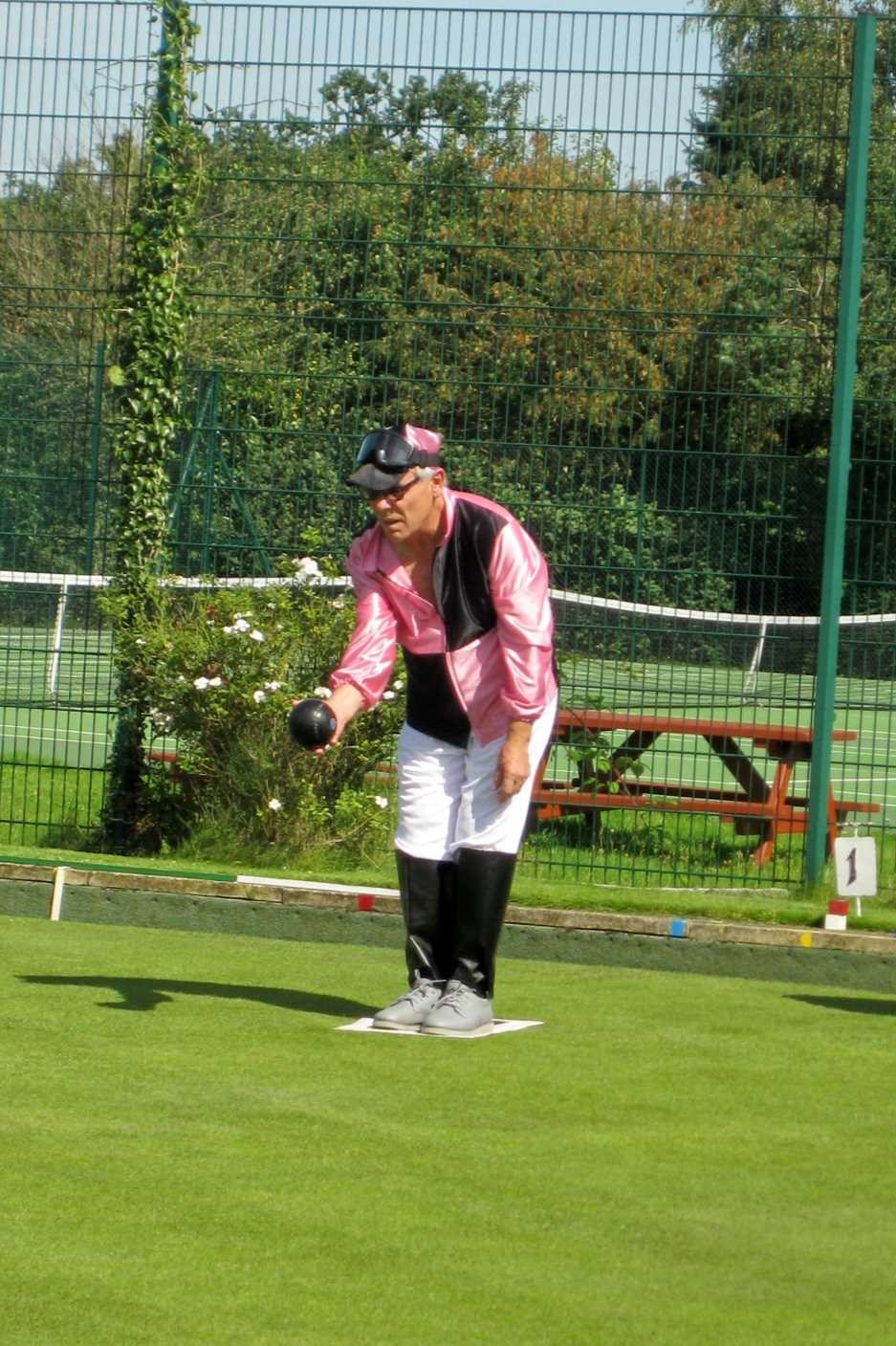 A stray Jockey in Action 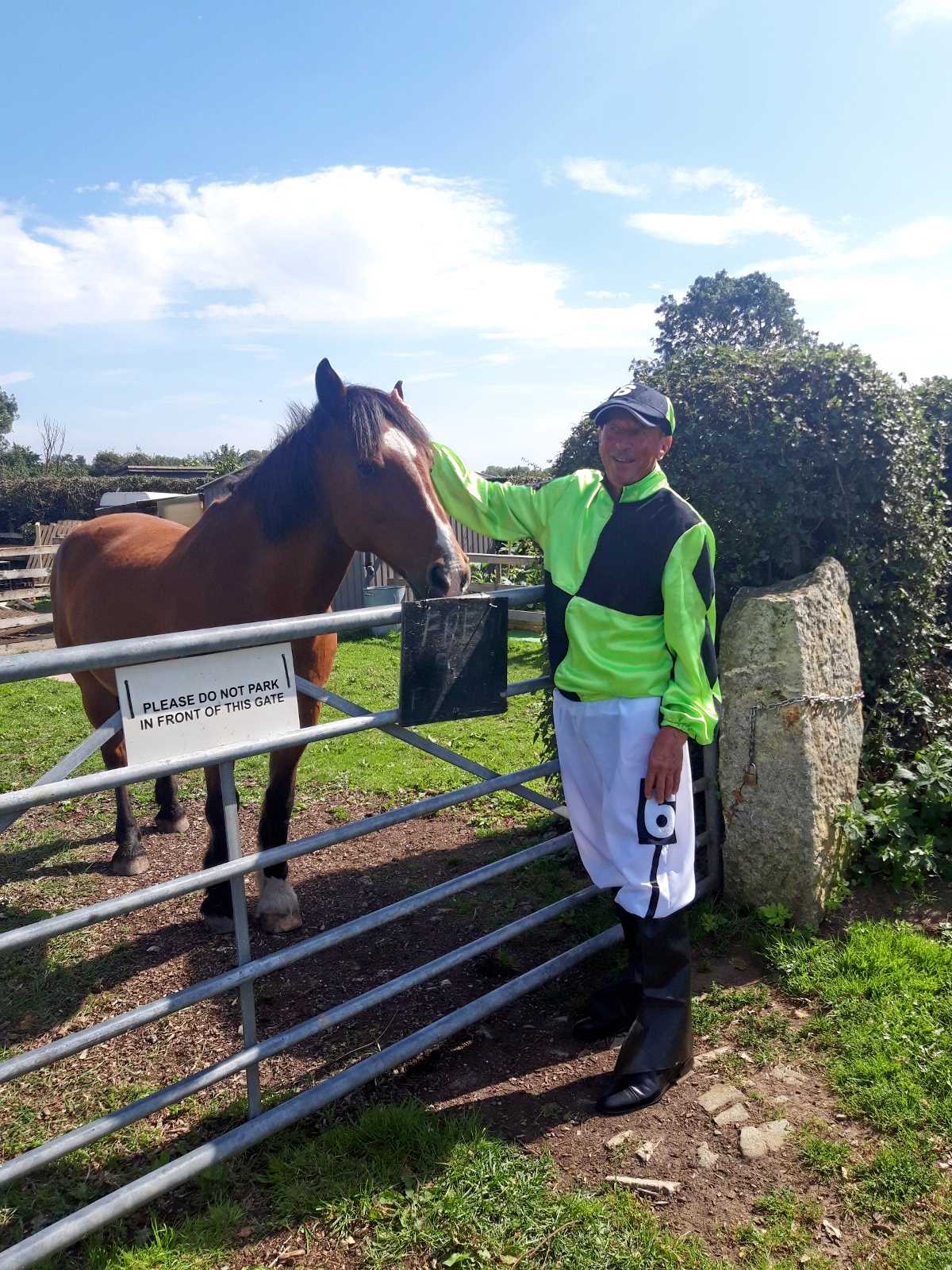 Gerry O'Keefe with the Horse Next Door 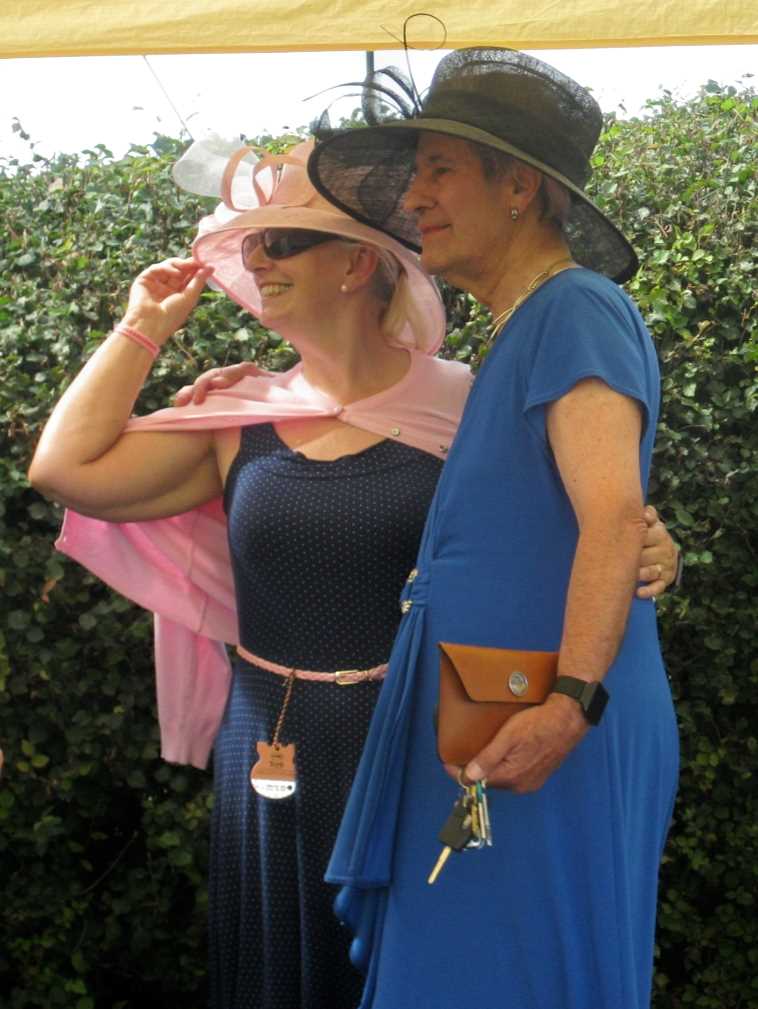 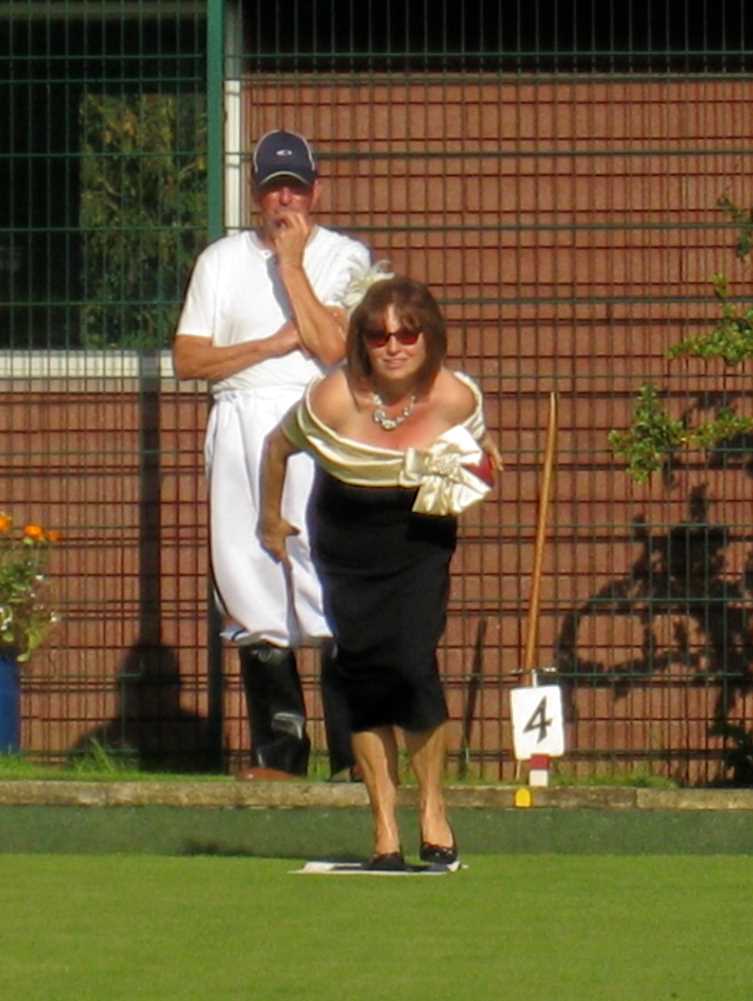